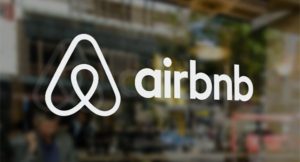 Last year Airbnb raised $1.5 billion in funds that brought the value of the company to about $25.5 billion. This made it worth more than the Chicago, Ill.-based Hyatt Hotels Corp and the Parsippany-Troy Hills, N.J.-based Wyndham Worldwide Corp, respectively. This must have Marriott (my go-to brand) and the other big guys worried. It’s not once a year vacationers that float a hotel’s bottom line. It’s people like me who basically live out of a suitcase and book full rate rooms. There’s pros and cons to each.

Over the past four years I have slowly ramped up the amount of time I spend in AirBnB vs a traditional hotel. It started back in 2014 during one of the quarterly trips to Stockholm, a notoriously bad European city for hotel availability. Pre-Marriott/Starwood merger, there was a single Marriott property in the city and it wasn’t in a central location (Starwood added an additional points generating option). In desperation, and instead of spending over $500/night on a subpar, tiny room I ventured for the first time into a random stranger’s home for the week. This particular apartment had everything you could hope for. It was about 3x the size of a standard hotel room, had a full kitchen and was centrally located (not as important, it was also much cheaper). Subsequent trips to Stockholm have relied almost exclusively on AirBnB mostly due to their lack of Marriott properties.

In 2014, ’15 and ’16 I averaged more than 200 nights in Marriott properties and slowly increased my AirBnB nights from 10 in 2014 to around 30 in 2016. While a 300% increase, still not on par with Marriott nights. Largely, my lack of enthusiasm for using AirBnB for business travel has centered on the unknown. While a quirky place that photographs well but is lacking amenities and strong internet might be fine for a short vacation, the certainty of Marriott (albeit other drawbacks) made it perfect for a late-night arrival knowing I wouldn’t have to worry about anything. With the addition of the “business travel friendly” icon in AirBnB this has gotten better but it’s just not quite there yet. While Airbnb has grown from appealing to couch-surfing budget-conscious tourists to business travelers seeking a more memorable experience (and in my case, a kitchen to cook some healthy meals in) there’s definitely room for improvement. Because there isn’t a “corporate” oversight of individual listings there is definitely a problem with listings that photograph well and really underwhelm you (or lack the amenities listed) and consistent issue at more than half the properties I have stayed in has been internet. It would be great if there was a way for guest ratings to include an auto-generated speed test result for the host internet connectivity in business verified listings.

In 2017, so far, I have spent 160 nights in Marriott and 40 nights in AirBnB. Looking forward to the end of the year, it will be about a 50/50 split with around 180 nights in Marriott and 60 nights in AirBnB. So there are pros and cons. To summarize, for me, the biggest pro is having an entire apartment or house. For trips over three days, this is critical. Having some extra space, the ability to cook a meal, and have a feeling of “home” can take some of the drudgery out of business travel. For short trips, the certainty and familiarity of established hotel brands like Marriott win out. I’m sure as AirBnB continues to grow they will explore more ways to capture business revenue. Finding ways to establish this certainty in listings will be key. On my travel alone we’re talking total revenue close to $40K per year that’s up for grabs and I’m no where near the top of the business travel game.

Interested in trying out AirBnB for your next business trip? Sign up for Airbnb and get $40 off your trip at http://abnb.me/e/sd2dao7LwG